OUT NOW! The Endess Sea is out on vinyl.

Listen to the album on Spotify.

Also check out the reviews. 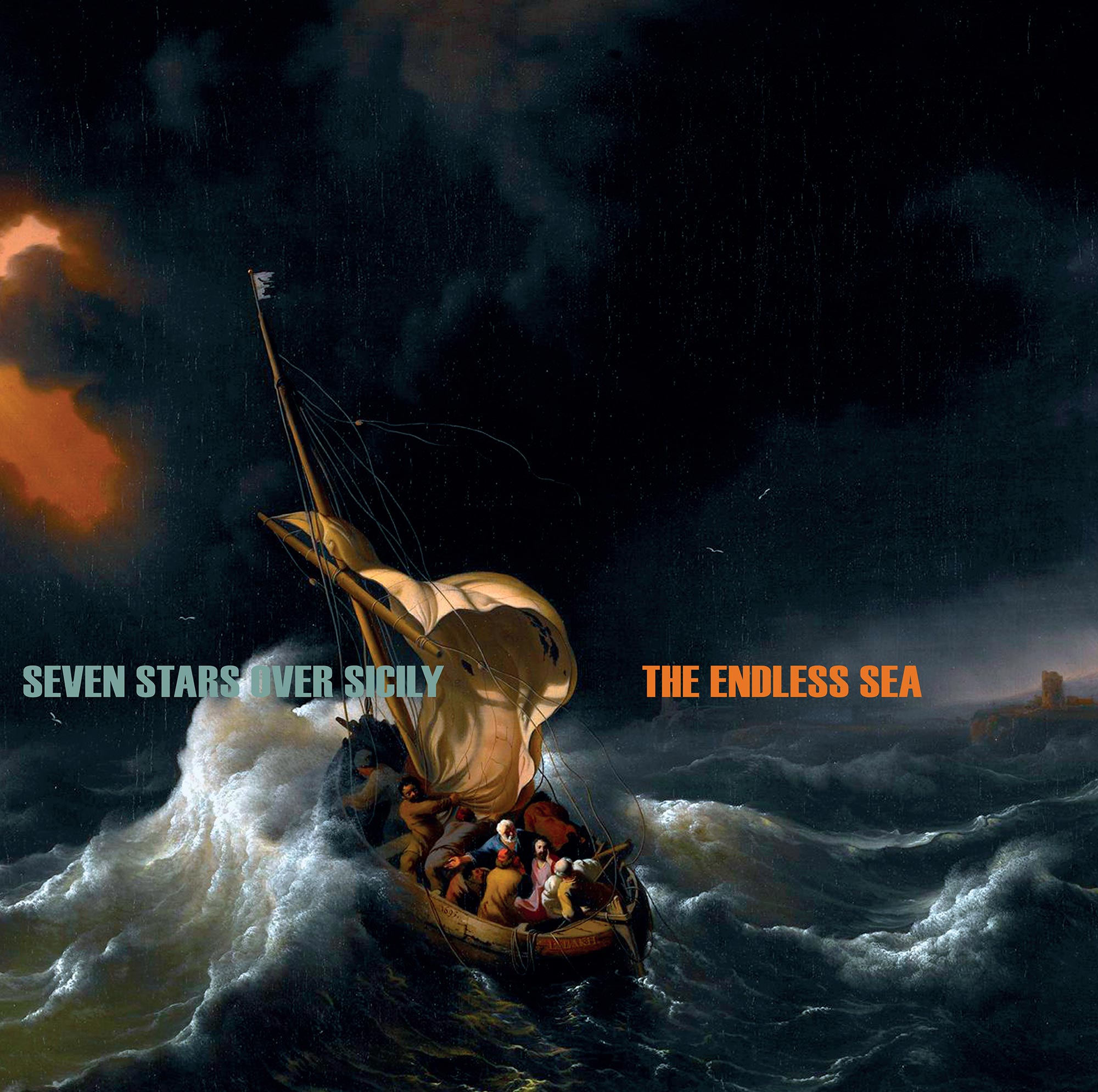 Seven Stars Over Sicily will take you on an adventurous trip along a continuous changing musical landscape, a collage of americana, chamber folk, surf symphonies, nu wave, southern krautrock, acoustic soul, 60’s garagerock, dirty blues and psychedelica. Also called 'maritime noir' of ’ocean disco’ by themselves. As a reference you can think of acts like Beach House, Deep Sea Arcade, A Flock Of Seagulls, The Coral, The Baltic Sea Philharmonic.

The group has built a considerable live reputation in Rotterdam and its suburbs. Whether in the renowned Jazzcafe Dizzy, the authentic Tikibar, or on a ship (V11, WIjnhaven), wherever they’re playing there’s a party goin’ on.

Seven Stars Over Sicily make music that is almost impossible to qualify, but is undeniably cool. A very American mix of folk, blues, Latin, psychedelia, surf and a handful of other genres. In the past, it sometimes yielded comparisons with Calexico, Beach House and Mark Lanegan, which also have something in them. Seven Stars Over Sicily are very much themselves (**** review The Endless Sea - Robert Haagsma - Lust For Life #115).

The Rotterdam based Seven Stars Over Sicily make music that is difficult to categorize, but which is very exciting and has a cinematic feel. Folk influences are there, but also Doors-like psychedelic rock sounds and Nick Cave atmospheres. Guitarists Conrad Freling and Jeroen Wessels repeatedly surprise by adapting themselves more and more to what the songs require with a multitude of acoustic and electric guitar sounds ( Gitarist, October 2021).

With this adventurous and regularly penetrating The Endless Sea, Seven Stars over Sicily will undoubtedly win a lot of new souls (Music That Needs Attention, October 2021).

Blokker's dark expressive, restrained vocals remind at times of Stuart Staples from Tindersticks and drag you into gloomy reflections in Ghostdancer and The Loner & The Lifeguard, an excitingly constructed epic on swirling keys. The additional strings reinforce the dramatic field of tension. [...] The closing track Across The Borderlines, a piano ballad sung together with Merle 'Mone' Sibbel with a string ensemble in the background, doesn't make you happy either, but this one immediately sticks. Listening to the dark, mysterious The Endless Sea will not leave you untouched (review The Endless Sea - Cis van Looy - Written in Music, October 2021).

The Endless Sea is a must for fans of dark pop-rock music. Think Tindersticks, Madrugada and so on (Altcountry Forum, October 2021).

The songs they recorded on their album “The Endless Sea”, the successor to debut album “And Here Comes The Night” from 2018, possess a mysterious glow and are rather soundscapes where guest musicians add sounds of violins and other string instruments to the band's sound. The band themselves describe their music as 'maritime noir' and also as 'ocean disco', two definitions that we also think we can recognize in tracks like “The Loner & The Lifeguard”, “Secret Lullaby”, “Strange Infatuation” and closing track “Across The Borderlines” where Merle 'Mone' Sibbel sings along, or on the songs “New York City” and “Pictures Of Anguish” accompanied by an up-tempo beat (review Rootstime.be, October 2021).

The name of the band: Seven Stars Over Sicily is a long forgotten masterpiece by obscure folk singer John Terlazzo, whose blessing they have by the way.

A nice review of our album The Endless Sea in Heav

Again a nice review of our album The Endless Sea!

OUT ON SPOTIFY! Our album The Endless Sea is avail